A Coles customer has sparked a social media debate after sharing a photo of her epic chicken markdown haul.

Posting on a popular Facebook group, shopper Karen revealed how she picked up nine meat buys that had been drastically reduced to just $11.41.

Included in the stash were Coles brand whole chooks and packs of chicken drumstick fillets and wings, all priced between 66 cents and 86 cents.

For more Coles related news and videos check out Coles >>

The chicken buys had been heavily marked down as they were being sold close to their best before dates.

The shopping haul attracted a huge response on Facebook, with many congratulating Karen on her bargain buys.

“The mother load!” wrote one on the Markdown Addicts Australia Facebook page.

Added another: “Shut the front door!”

Wrote one more: “This is the best bargain ever!”

However others shared their concern about eating reduced chicken, with some saying they were nervous of it causing illness. 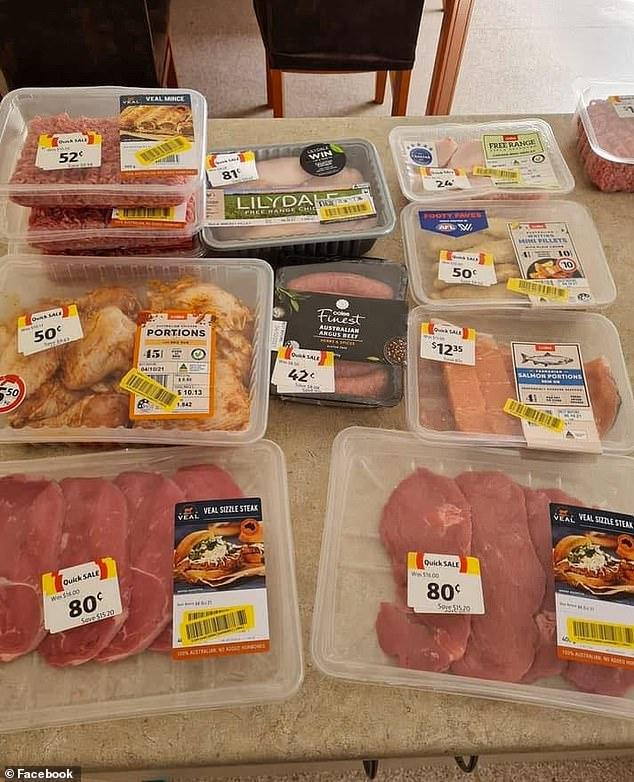 “I’m not really a fan of chicken on the day of use by,” said one. “I would have grabbed and steamed for the dogs though.”

Said another: “Salmonella poisoning written all over this for sure.”

Wrote a third: “I’m always afraid of buying drastically reduced chicken. I feel like there is a scale, the cheaper the price, the more likely it is to poison you.”

Added one more: “I feel the same way. I’m so iffy about chicken ever since I had food poisoning whilst pregnant. However, this is an awesome find!”

Said another: “Be careful last time I bought chicken this price made me question if I’ll ever eat chicken again.”

Others had some helpful advice to help ease any worries.

“Great bargain, but remember to pierce a hole and sniff it to ensure no foul chicks before you freeze them. Then mend the hole or just rearrange into frozen tubs,” said one

“Chicken can go bad easier than other meat. Just a thought.”

Wrote another: “Good savings for you. Freeze it. It changes the structure of the meat. It’s all good once it’s been frozen.”

But another dismissed the concerns.

“Great buys. In many years of buying markdowns I’ve never had off markdown chicken,” wrote a Facebook user. “I have however had full price chicken off once.”

Speaking to 7NEWS.com.au, a Coles spokesperson has said its important for shoppers to take note of use by and best before dates.

“We know our customers love good value so when a product is near its Best Before date we often mark it down so it can be enjoyed for a cheaper price, instead of being wasted,” the spokesperson said.

“Food safety is paramount, and we encourage customers to be mindful of Use By and Best Before dates, which determine the shelf life of food products, how long food can be kept before the quality deteriorates or when the item is unsafe to eat.”

7G Media consultanciesE-MarketingMay 5, 2022
Check out some of the latest and upcoming trends in digital marketing here: Voice Search When people search by …
END_OF_DOCUMENT_TOKEN_TO_BE_REPLACED