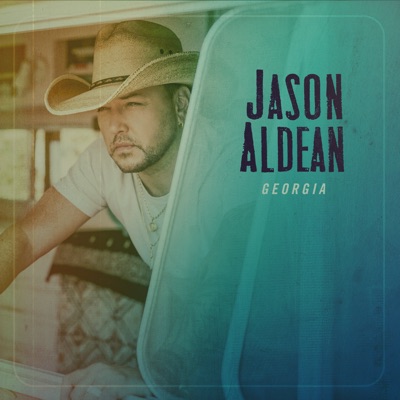 Where do we start with any review of a new album from Jason Aldean? Well, let’s address the two elephants in the room to begin with. Firstly, any review of any new Jason Aldean album is pointless in terms of what reviews are designed to achieve because Aldean is now at the stage of his career where he has created his own cottage industry and has a set of loyal fans that will purchase albums and concert tickets irrespective of what reviews say. Secondly, as an artist, Aldean is comfortable and happy releasing albums in a particular style over and over again. He doesn’t feel the need to challenge himself or push any envelopes with his sound. Indeed, there are whole writing teams in Nashville who dedicate themselves to trying to write ‘Aldean’ songs, his style has become so, some people would say, iconic and others would say, formulaic.

The take away from most Jason Aldean albums is that there are usually about four awesome songs that you can add to an ever growing playlist of classics like ‘My Kinda Party’, ‘Night Train’ and ‘Don’t You Wanna Stay’. Previous album from last year, ‘Macon’ provided the obligatory four with ‘The Sad Songs’, ‘This Bar Don’t Work Anymore’, Heaven’ and ‘After You’. Outside of the ‘obligatory four’ you are often left with the feeling that you’ve heard it all before from Aldean, but, to all intents and purposes, he cares not one jot for that, preferring instead to stay within his wheelhouse and give his loyal fanbase the sound and style that they have come to expect from him.

New album, ‘Georgia’ is no exception. From the off, what is interesting about ‘Georgia’ is that it is quite a chilled, mid-tempo album. The blueprint for a Jason Aldean song is a quiet verse, often with a little fancy programming or production sounds, some unusual drum beats and then an explosive chorus where the guitars kick in and the vocals go up a level. On ‘Georgia’ most of the songs stay within the same space tempo-wise. Gone is the bombast of tracks like ‘We Back’ or ‘Lights Come’ and there is nothing with the Blues feel of ‘You Make It Easy’ either. Instead, ‘Georgia’ is packed with mid-tempo, anthemic songs that follow similar patterns and styles.

The opening three songs, ‘Whiskey Me Away’, ‘Trouble With a Heartbreak’ and ‘The State I’m In’ are all set in that post-break up world where the dude is struggling. All are mid-tempo songs where the verses are quieter than the choruses and there are also some ‘Burnin’ it Down’ style production values too. The melodies are strong, you’ll find yourself humming along on first listen and singing on the second but there is nothing original or challenging there that really grabs you.

What is the difference between the Wi-Fi standards “6” and “6E”?

格 李Social LifeApril 28, 2022
When I was searching the web to replace the Wi-Fi device, the word “Wi-Fi 6 compatible” was found. I was …
END_OF_DOCUMENT_TOKEN_TO_BE_REPLACED

European unity against Russia tested as talks on oil

djarcok 76Social LifeMay 30, 2022
London (CNN Business)Europe’s united front against Moscow is being put to the test as countries struggle to agree a ban on Russian oil imports. European Union diplomats failed to reach consensus Sunday on the terms of an embargo, but held further talks Monday …
END_OF_DOCUMENT_TOKEN_TO_BE_REPLACED