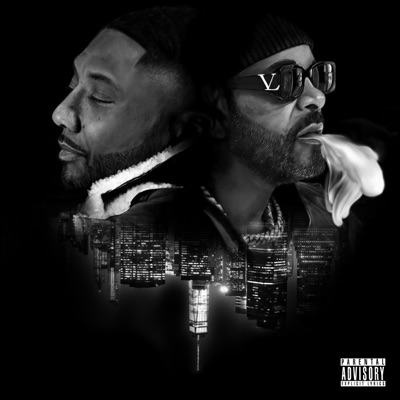 In addition to the new album, fans can also check out a new visual from The Lobby Boyz for “Slide,” a Bobby Fisher, Jovohn, P Raw, Sims, and Stats-produced effort that features Fivio Foreign and borrows from Swizz Beatz, Drag-On, and Juvenile‘s classic Ryde or Die Vol. 1 standout “Down Bottom.” The track sees all parties keeping things very street-oriented in regards to subject matter:

“Don’t make me bang, Nine Trey, that’s really my gang, back to back, we goin’ side to side, everybody know we outside, slide, Brooklyn ni**as out in Bucktown, I’ma get money, ni*ga, from Uptown, got bullets with me when I touch down, get it? F*ck ’round, love will make you start uppin’ it, since a baby, been tuckin’ it, water rowin’, I ain’t touchin’ sh*t, respectfully, respectfully, you could suck a d*ck…”

Courtesy of StreetHeat, the accompanying clip for “Slide” is mainly centered around Jones, Maino, and Fivio in a room packed with beautiful women. They can also be seen with their crew hitting dance moves, showing off different facets of wealth (cars, jewelry, etc.), and more.

Taking to Instagram, Jim Jones decided to celebrate the release of The Lobby Boyz by showing love to his NYC counterpart:

clara burksEducationMay 27, 2022
President Joe Biden told Naval Academy graduates Friday that they will be “representatives and defenders of our democracy,” as free …
END_OF_DOCUMENT_TOKEN_TO_BE_REPLACED

Concise, yet thorough-and accessible to novice and

Pamela ClaytonAnimals & PetsJuly 25, 2022
Very user friendly, the basic pedagogical approach to the presentation of new tools and techniques is say it then illustrate …
END_OF_DOCUMENT_TOKEN_TO_BE_REPLACED

Clare Balding will be hosting from the Beijing event