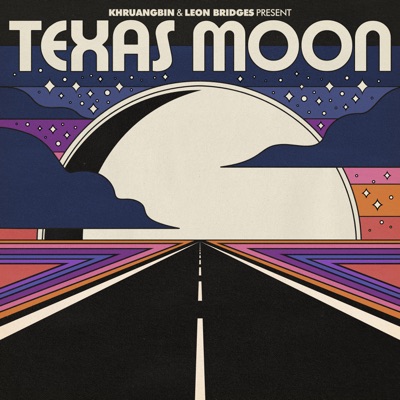 It’s another EP length set that is, as its lunar title implies, more laid back than the previous one. Those who thought the combination of Bridges’ soul stylings and Khruangbin’s elusive playing was an odd coupling, realized this was a win-win, pushing the band and the singer in fresh, boundary-expanding directions. From the opening pensive, repetitive reverbed guitar washes of “Doris” where Bridges works wonders with his Marvin Gaye inflected falsetto, to the closing easy groove of “Mariella,” this is a near-perfect meeting of minds.

The success of the Bridges/Khruangbin alliance results from a complimentary sense of space. Guitarist Mark Speer leaves plenty of room for the soul man to inject his R&B stylings and Bridges keeps his input on low boil, as his voice acts as another instrument. Drummer DJ Johnson’s touch remains crisply subdued and Laura Lee’s bass is bubbling under, yet perfectly placed.

Some may want additional upbeat moments like the sly urging funk of “B-Side,” the disc’s first single and video. But, adhering to the nighttime theme, these tracks find a mesmerizing, undulating, deep groove and stick with it.   Lyrics and song structure are less important than atmosphere. Selections like the spellbinding “Father Father” eschew chorus/bridge/verse constructs, allowing Bridges and Khruangbin to unwind for nearly six minutes, weaving a hypnotic, trance-like sonic spell enveloping the listener like the heat of a crackling fire on a winter’s night.

Combining the Texas Sun and Texas Moon EPs yields one superb album-length project that begs for further follow-ups from this unusual yet compelling partnership.