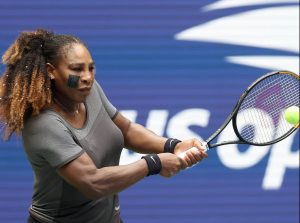 Serena Williams’ final US Open has plenty of potential contenders

Beyond the spectacle of a legend’s retirement, both the men’s and women’s draws at Flushing Meadows are wide open

As Serena Williams lined up all of her ducks in a row for what is likely to be the final tournament of her career at the US Open, one particular question has lingered for weeks – would she reunite with her sister, Venus, in one final doubles competition for a fitting departure?

On Saturday the answer came as the Williams sisters received a wildcard into the doubles draw. Both of their singles careers have naturally received far greater attention but their doubles achievements are astounding, their 14 grand slam titles placing them second in the Open era for women’s doubles grand slam titles. Their 14-0 record in grand slam finals is peerless.

No matter what happens now, Serena Williams’s first-round match on Monday night against Danka Kovinic will not be the end but it remains an enormous moment as Williams tries to prolong her singles career as much as possible and find one final wind to remind the world of who she is.

Beyond the spectacle of Williams’s retirement the women’s draw is once again wide open. After such a dominant spring Iga Swiatek’s form has cooled and she continues to reckon with the continued weight of being No 1. Since her 37-0 run Swiatek has compiled a 6-4 record.

But she has spent most of this year giving a clear demonstration of what she is capable of and, even on fast courts with balls she detests, she stands as one of the top contenders as she looks to build up momentum anew in New York.

Others, including a resurgent Simona Halep who won in Toronto, Coco Gauff, Caroline Garcia and Jessica Pegula will contend. But, in reality, the draw is as things stood at Wimbledon this summer. Whoever rises to the occasion, playing clean, bold, attacking tennis on the fast US Open courts will win and there are many players capable of doing so.

Naomi Osaka, who started last year as the best player in the world on hard courts, is one such player but she is at a curious moment in her career. Osaka has struggled with numerous injuries and ailments this season, including an achilles injury that forced her out of Wimbledon. She will start against the 19th seed, Danielle Collins, in the night session on Tuesday. She was open about her concern as she looks to re-establish her top level.

“I feel like I would have lied, like, a day ago or so and said that I was really relaxed,” she said. “But actually, like, when I practised today I felt very anxious. I think it’s because I really want to do well because I feel I haven’t been doing well lately. I don’t know. It’s tough. Like, of course, you don’t want to lose in the first round of a slam.”

Between the men’s and women’s draws this US Open edition is one of the most open tournaments over the past few decades. After years of the top ATP rankings spots being hoarded by three players, the top of the sport is a free-for-all as five men play for the No 1 ranking – Rafael Nadal, Daniil Medvedev, Carlos Alcaraz, Stefanos Tsitsipas and Casper Ruud.

Nadal has not won a match since he withdrew from the Wimbledon semi-final with an abdominal tear, losing in the second round of his only tournament since against Borna Coric in three rusty sets. It was no disaster at the time and it has aged well after Coric breezed through the draw to win the title without dropping a set to any other player.

Most importantly, aside from some difficult scar tissue, it appears he has continued to make progress with his abdominal muscle and he is the clear favourite. Nadal arrives in New York having not lost a grand slam match and on a 19-match winning run. He will simply have to play himself into form over the course of this tournament, and to see where he lands.

“Before Cincinnati I just played two sets there before the tournament start, so it’s difficult,” Nadal said. “Even if I had my chance, the preparation has been not very long, but I gave myself a chance there. Was not possible. Let’s try here again, with a better preparation. From my perspective I am practising quite well. Let’s see what can happen but I am happy with the practices.”

Medvedev has not performed at the stratospheric level he demonstrated last year, which culminated in him winning the US Open, but he has continued to piece together deep runs and he lost in three tight sets against Tsitsipas. The US Open conditions have always brought out the best in him and Medvedev will look to push on again.

Being a top player with an enormous profile means everyone wants to beat you, a challenge Alcaraz has faced in recent weeks. His wicked spring form may have cooled but it is only a matter of time before he bursts forward again. As was the case during last year’s breakthrough run to the quarter-final, the big stage of New York could provide the setting.

BeLiv Blood Sugar Oil Reviews {UPDATED} – Is It Scam or Not?

BeLiv Blood Sugar OilArchitectureAugust 29, 2022
Cardiovascular issues are a danger to generally speaking thriving. They are number 1 reason behind death around the globe, prevailing …
END_OF_DOCUMENT_TOKEN_TO_BE_REPLACED

Lucy FoxAdsFebruary 1, 2022
Moldavite is a gemstone that literally fell from the stars and has astonishing healing properties. Its forest green color represents …
END_OF_DOCUMENT_TOKEN_TO_BE_REPLACED

id idaAdsJuly 6, 2022
Crews immediately began a search and rescue operation while trying to extinguish the blaze. Wachspress correctly guessed who is Harriet …
END_OF_DOCUMENT_TOKEN_TO_BE_REPLACED