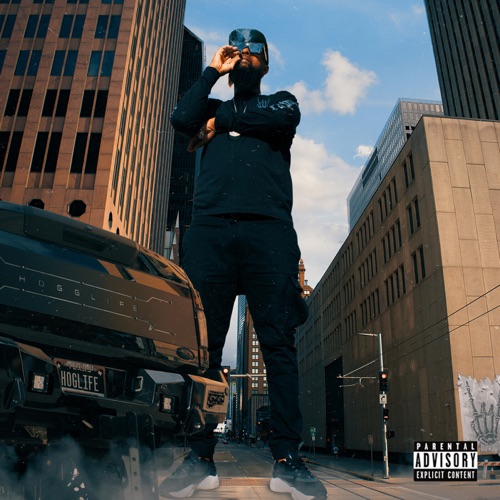 Exposition Park is located at the northern end of South Central, the point where the city starts to be carved up into block-by-block fiefdoms. Wander a few miles in any direction and you might encroach on turf claimed by Bloods, Crips, Treces, Varrio Nueva Estrada, 18th Street, Hoover Criminals, MS-13, or one of the deputy gangs in the Los Angeles County Sheriff’s Department, currently under investigation by the state of California.

On the cold Saturday evening of December 18, the 160-acre grounds are the site of a one-day music festival called Once Upon A Time in L.A., quite possibly the best (and likely the most expensive) concert bill ever booked within city limits. Tens of thousands gather in the shadows of the Memorial Coliseum, paying a minimum of $160 plus surcharges to see a lineup that blends the last 50 years of Southern California soundtracks: vintage lowrider soul (the Isley Brothers), ’90s G-Funk (Snoop Dogg), new millennium rap (YG), and that genre’s nascent next generation, much of which is creatively in debt to the West Coast’s most original stylist in a quarter-century, Drakeo the Ruler.

It had been a little over a year since the 28-year-old South Central rapper walked free from the Compton courthouse, swapping a black jail jumpsuit for designer clothes, dazzling jewelry, and blue-faced hundreds, having beaten first-degree murder charges that carried a possible life sentence. Drakeo and I first became close during this final, nearly three-year incarceration. At first, he kept calling in the hopes that I would tell the world about his wrongful persecution. But over hundreds of hours on the phone, the working relationship evolved into a deep friendship. Journalistic responsibilities became secondary to human ones. I’d never witnessed a miscarriage of justice so grave, so intimately.

Once Upon a Time in L.A. is slated to be Drakeo’s second official performance in L.A. since being released in November 2020. It’s the kind of dream he ritually imagined during those endless carceral midnights of the soul: a hometown show before adoring fans, a $50,000 payday, and the chance to prove that he is the best rapper in his city.

While waiting for Drakeo to go on, I watch Al Green sing about love and happiness. He clutches a red rose like a talisman, his teardrops-from-heaven falsetto fading in and out, weathered from stress and the slanders of time. It’s about 8:30 when Drakeo’s friend and producer Joog SZN tells me that it’s time to meet Drakeo and his younger brother, Ralfy the Plug, an innovative rapper in his own right.

There are two ways to get backstage. The first is an entrance within the festival itself, behind a flimsy chain-link fence manned by a lone security guard. The other is through a checkpoint just off Martin Luther King Jr. Blvd., where the organizers have created a production road and parking lot exclusively for the artists. Compared to the raucous festival grounds, the all-access grounds are sleepy. Most acts are 40-plus; one can assume they’re there for the check, not to socialize.