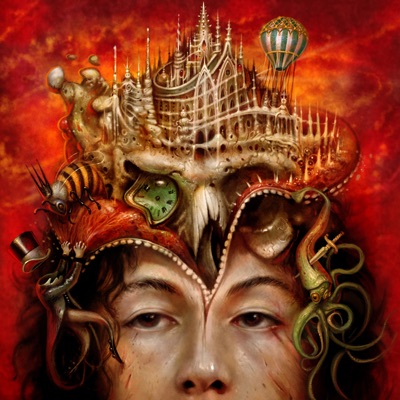 “Candyman” – you can already guess what the title of Sub Urban’s new single is about, because the term is slang for “drug dealer”. But Sub Urban wouldn’t be who he is – a master of innovation – if he hadn’t come up with his own twist for it too. The result is a song that deals critically with consumption and greed, accompanied as always by a video bursting with weird ideas and slightly gruesome impressions – see below. Directed by Axel Kabundji.

“Chase that bag then (Dig your hole) / Realize there’s no miracles just / Luck and sex and made up goals / I make more but (I’m a poor soul)” sings Sub Urban over a production of pumping bass, bells and whistles about how one ends up digging one’s own grave with senseless greed for consumption. “Candyman is a hysterical, candy-sweet anthem that describes a rampant capitalist rage in all of us and the torment we endure from the moment we are born,” Sub Urban said.

“Candyman” follows the release of “UH OH” (feat. BENEE) in April and is the fourth pre-release song overall from the New York-based singer-songwriter-producer’s forthcoming album HIVE.

The record is titled HIVE, and arrives June 3. It includes a new single called “UH OH!” featuring New Zealand singer BENEE, which you can listen to now via digital outlets.

“I feel so refreshed to finally release this song, and I am beyond thrilled to start the countdown to my debut album,” Sub Urban says. “BENEE’s presence in ‘UH OH!’ gives the song a much needed level of enchantment. Though it’s a shame we never met in person, she nailed her parts in this project, both vocally and in the video.”
Along with “UH OH!,” HIVE features the previously released songs “INFERNO” and “PARAMOUR.”

Antibody Drug Conjugates Market Will Register A CAGR Of 16.4% In Future

Truly Keto Gummies *HOW TO LOSE WEIGHT FAST IN 2 WEEKS!